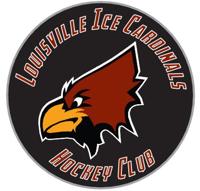 The Ice Cardnials are a youth hockey program for children between the ages of 4 -18.  The program is made up of both House and Travel teams with youths participating within their respective age groups and skill levels.  The following are part of the current progam:

House League - This team is an entry point into the game of hockey and is targeted at developing the skills needed by youth players to both enjoy the game, and eventually graduate to competitive levels.

Travel Program - As the players develop in the House League, they will be periodically be afforded the opportunity to try out for the Travel Program.  This program continues the skills development of the game by traveling to other communities and States to play competitive hockey.

Benefits of the Travel Hockey program include:

The Louisville Ice Cardinals play under the Kentucky Amateur Ice Hockey Association (KAIHA), a 5013C non-profit organization (Tax ID# 95127) which was formed in the spring of 2013 as an association to better organize the Louisville ice hockey community, and to promote the advancement of ice hockey in Kentucky. 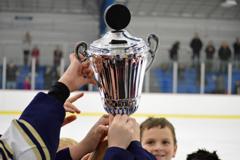